Four Jills in a Jeep (1944) was based loosely on the true story of a USO unit which went overseas. Headed by Kay Francis, it also included Martha Raye, Carole Landis, and Mitzi Mayfair. Carole Landis wrote a book about these tours which was very popular and form the basis for the film. With the exception of the first picture, the photos that follow are of the actual USO tour itself, and not the movie. 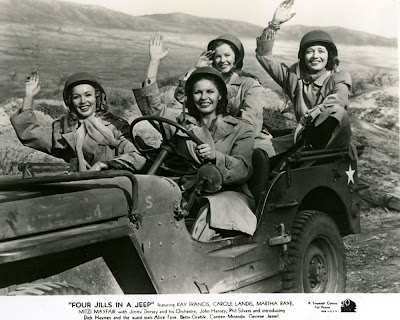 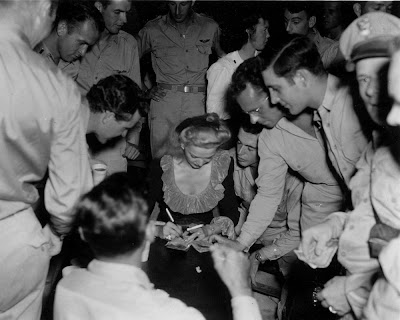 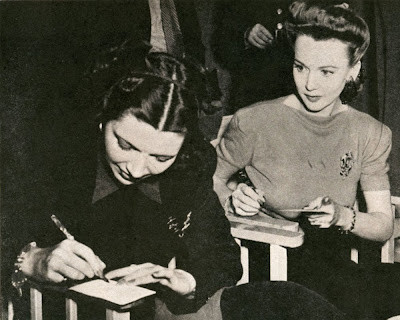 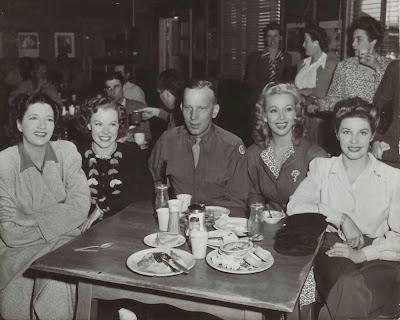