Labor Day: It's the Pits! Sophia Loren's that is!

Having to work on Labor Day is the PITS! Not the same kind of pits as the ones presented here, but the pits nonetheless. A lot of folks these days find the female unshaven underarm to be démodé, but, obviously, Sophia Loren, especially in her early days in Italy, did not share that sentiment. 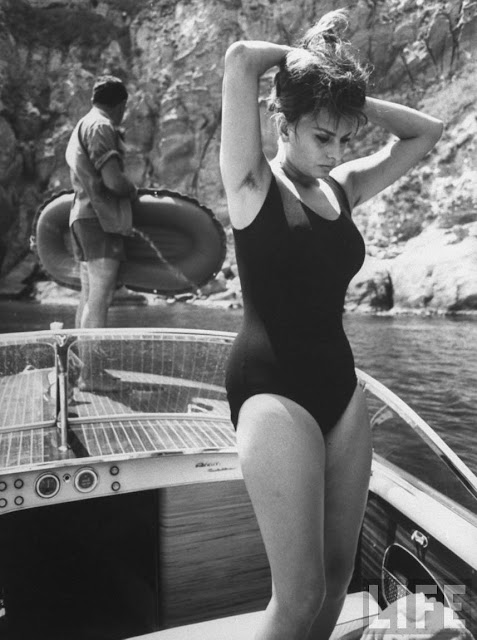 Here's a funny thing, I grabbed this 1961 candid picture of the glorious Sophia off the Life picture archive several months ago because of the hairy armpit thing, but, until I started working on this post, I never noticed the guy taking a whizz off the side of the boat in the background. Here's a closeup: 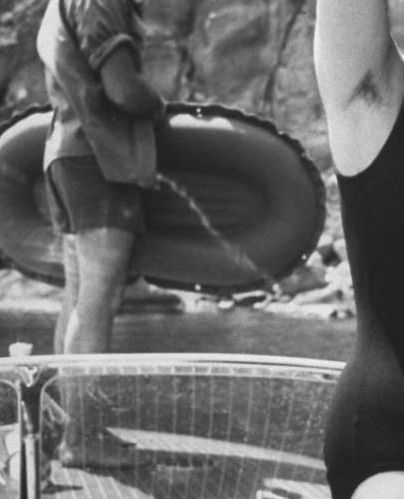 I suppose it's possible that, despite appearances, this is really not a picture of a man taking a leak off the side of a boat published in Life Magazine in the 1960s. I will let my gentle readers form their own opinions. 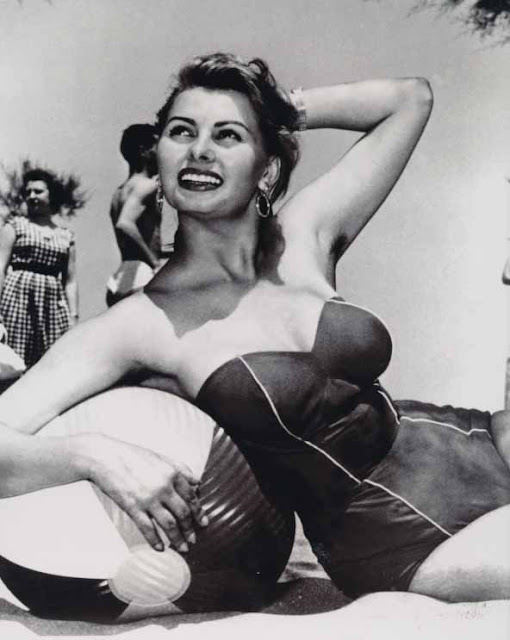 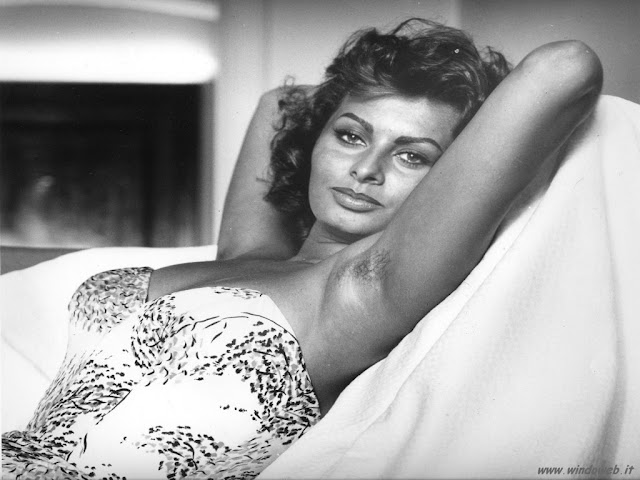 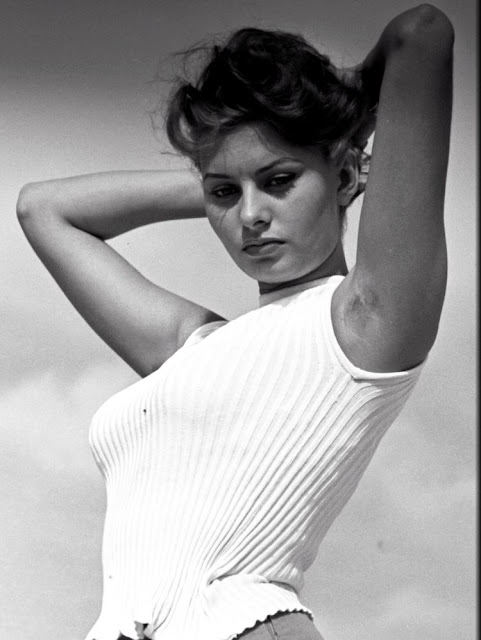 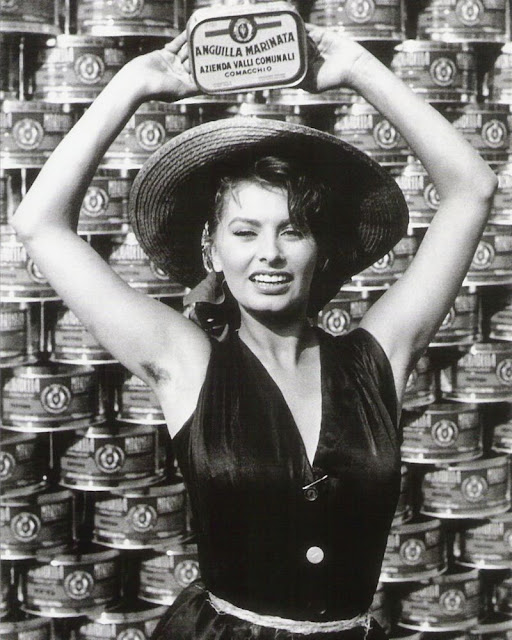 This is an early photo of Sophia during her modeling days in Italy in the 1950s. For those of you whose Italian is a bit rusty, the product she's hefting is canned marinated eel. Notice also the mismatched buttons of her dress and the safety pin strategically placed just above the top button. Great picture!

Email ThisBlogThis!Share to TwitterShare to FacebookShare to Pinterest
Labels: holiday