For the Boys: Gene Tierney 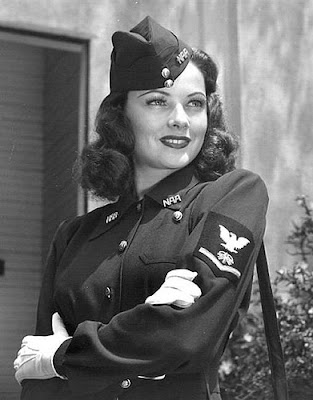 The war-time organization known as the Naval Aid Auxiliary set up a series of rest stations across the country to provide entertainment and temporary housing for sailors and marines during transfers between duty stations. The NAA received much of their funding from public donations, much of which was raised by Hollywood celebrities through personal appearances nationwide. In 1943-1944 the NAA signed up almost 200 celebrities who dedicated hundreds of hours working in the stations.