Lions and Tigers and Bears, oh my! 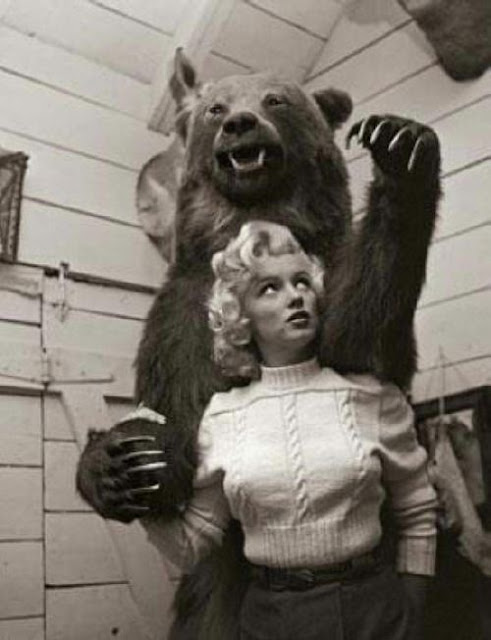 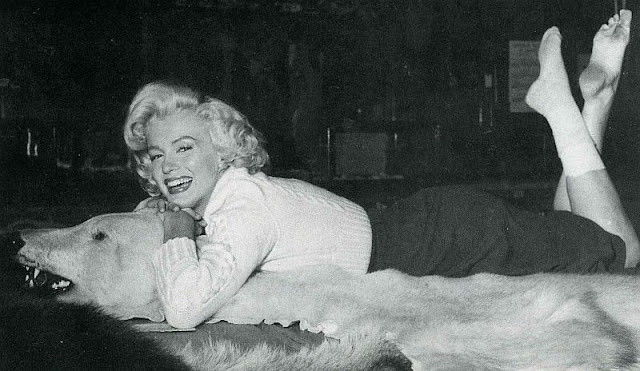 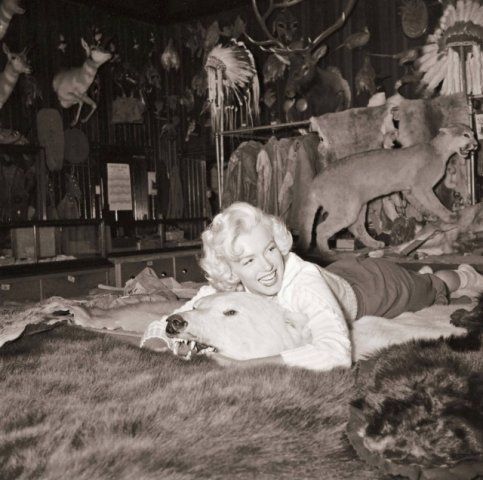 Original Caption, 2010: Actress Marilyn Monroe is seen in this handout image from a collection of previously unpublished photos of her in Alberta, Canada taken in the summer of 1953. The collection of more than 100 previously unpublished photos of Monroe can be seen for the first time in a new book "Marilyn: August 1953." The book, published this week by Calla Editions, features digitally restored black and white images of a then 27-year-old Monroe. REUTERS/The Estate of John Vachon/Dover Publications, Inc/Handout

Note:  This book is available under the actual title: Marilyn, August 1953: The Lost LOOK Photos (Calla Editions) [Hardcover] Brian Wallis, Chief Curator (Author), John Vachon (Photographer).  It should be noted also that I have no connection to or pecuniary interest in the publication.

Email ThisBlogThis!Share to TwitterShare to FacebookShare to Pinterest
Labels: carcasses